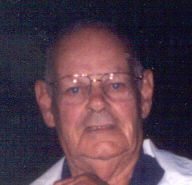 He was born January 3, 1925 in Montclair, New Jersey and moved to Punta
Gorda 14 years ago from Rockaway, New Jersey. He was a retired from the masonry
business. Member of Sacred Heart Catholic Church , American Legion Post 103,
Elks Lodge # 2604 and Knights of Columbus Council #8074 all of Punta Gorda and
Moose Lodge No.2121 of Port Charlotte. Terence was a veteran of World War II,
serving in the U.S. Army.

Visitation will be held Tuesday 2-4 and 6-8 PM at Roberson Funeral Home Punta
Gorda Chapel with a Catholic Wake Service & Knights of Columbus Service at 7:00 PM
Mass of Christian Burial will be held Wed. 11 AM, September 6, 2006 at Sacred Heart
Catholic Church, Punta Gorda. Further services and interment will be in the New Calvary Cemetery, Montclair, NJ.

To leave a condolence, you can first sign into Facebook or fill out the below form with your name and email. [fbl_login_button redirect="https://robersonfh.com/obituary/terrence-garvey/?modal=light-candle" hide_if_logged="" size="medium" type="login_with" show_face="true"]
×