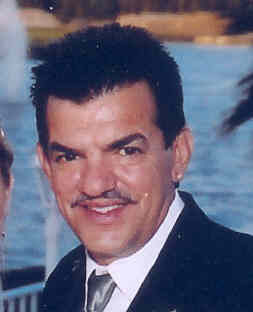 He was born September 24, 1955 in Brooklyn, New York and moved to Florida 23 years ago from Port Jefferson, L.I., New York. He was a mason in the
masonry construction business and a Roman Catholic. Guy was a man with a big heart, who has now been set free. He is now at rest with his father Gaetano and his son Thomas who preceded him in death.

He is survived by his loving family, a daughter, Michelle Marie Singletary of Holiday; his mother, Rosemary LiVigni of Port Charlotte; three sisters, Rosemary Molinari of Raleigh, NC, Diane Steele of Palm Harbor, FL and Jacqueline Ford of Port Charlotte; a brother, Steven LiVigni of Wantagh, NY; and a granddaughter, Alise Marie Singletary of Holiday.

To leave a condolence, you can first sign into Facebook or fill out the below form with your name and email. [fbl_login_button redirect="https://robersonfh.com/obituary/thomas-livigni-2/?modal=light-candle" hide_if_logged="" size="medium" type="login_with" show_face="true"]
×