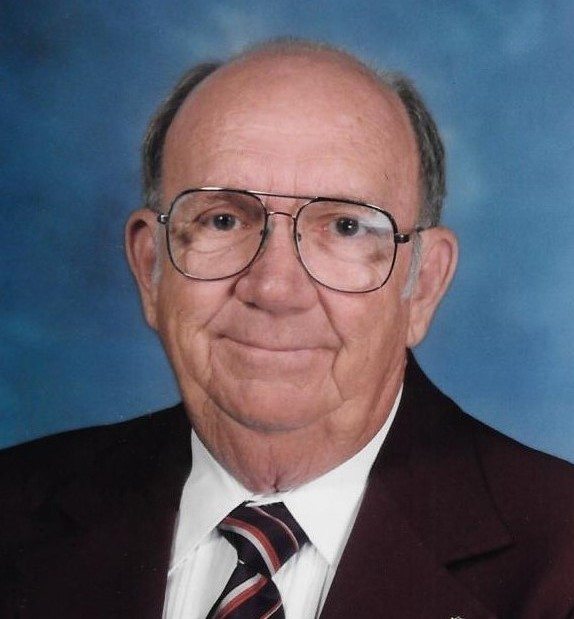 with a Wake and Rosary Service at 7:00PM

Bill was born on September 14, 1927 to the late Thomas and Sadie Robinson in Lowmoor, VA. He had one brother, Tom. He spent his early years in Durham, NC. In 1953, Bill met his beloved wife, Mary Montague Elfe. The couple wed in June of 1954 and moved to Melbourne, FL. While in Melbourne, Bill worked for RCA at Cape Canaveral at the height of the space program and the two became a family of seven. In 1972, the Robinsons relocated to Port Charlotte where Bill went to work for United Telephone. He was actively involved in the Knights of Columbus-Council 5399 of St. Charles Borromeo Catholic Church to which he dedicated 41+ years of faithful service and was given the distinction of Honorary Lifetime Member. He was also a Member of the 4th Degree Assembly of St. Jude 1750. Bill served in multiple leadership capacities with the K of C, including but not limited to, District Deputy, Grand Knight, Faithful Navigator and Advocate. He was a U.S. Army veteran of World War II.

Bill was a devoted husband, father, grandfather and great grandfather, who always put others first. He loved God, he loved his family and he was a role model to all. Life was better for all who knew him – “Granddad” will be greatly missed.

Friends may visit at www.robersonfh.com to sign the memory book and extend condolences to the family. Arrangements are by Roberson Funeral Home Port Charlotte Chapel.

To leave a condolence, you can first sign into Facebook or fill out the below form with your name and email. [fbl_login_button redirect="https://robersonfh.com/obituary/william-bill-m-robinson/?modal=light-candle" hide_if_logged="" size="medium" type="login_with" show_face="true"]
×

with a Wake and Rosary Service at 7:00PM