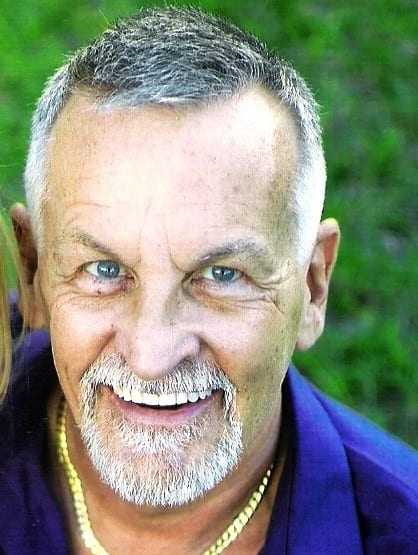 A Celebration of Life Service

Billy was born March 26, 1952 to Dominic and Helen Cozzette in Clovis, New Mexico and spent most of his life in Huntington, New York. Billy moved to Port Charlotte in 1995 to be with his two daughters, Tara Lynn and Tiana. He worked beside his best friend of 40 years as a sales manager for Gulf Coast Marine until his retirement in 2015.

Billy had an adventurous soul and loved anything that was fast and loud. He enjoyed riding his Harley Davidson motorcycles and restoring old cars. He spent many weekends working with his daughters in the garage building and working on go carts, mini bike, off road vehicles, t-bucket roadsters a especially his Corvette.

He was a devoted husband to his wife, Sharon with whom he celebrated his first marital anniversary just days before his passing. He was a devoted Christian who spent much of his time with the “Ironmen” group at church. He also was a very proud sponsor to countless members of AA. His love for God, his family, his friends and was evident in every aspect of his life.

In lieu of flowers memorial contributions may be made in Billy’s name to the Community Assisted and Support Living (CASL), P.O. Box 32103, Sarasota, FL 34239. CASL provides housing for homeless veterans.

To leave a condolence, you can first sign into Facebook or fill out the below form with your name and email. [fbl_login_button redirect="https://robersonfh.com/obituary/william-m-cozzette/?modal=light-candle" hide_if_logged="" size="medium" type="login_with" show_face="true"]
×

A Celebration of Life Service